One of fastest growing specialty tracks in Accenture Latvia is DevOps, and it could also be the largest DevOps network in the whole country, so let’s start our interview series with the man who is responsible for this specialty track – Accenture Riga and Nordic DevOps lead Uldis Karlovs-Karlovskis. 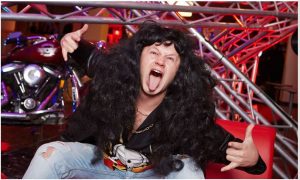 Could you tell about your school/student life?

Honestly I was one of those bad students. I became a bad student on 3rd year of my college. I was learning already for 2 years and I was 18 years old and I got my first internship work for 1 month at company called “Nexum Insurance Technologies”. So school kind of became a bit irrelevant for me. I remember times when teachers asked me to leave the room because I was asking wrong questions (smiling).

After college I went to “Riga Technical University”. First year was hard for me because of all the things which are not related to IT. The hardest was physics. I had forgotten all that I knew from elementary school. It was something new for me… Because years passed. Basically all IT subjects were piece of cake for me. I skipped a lot of lessons due to working full time since I was 19. Basically I got Masters Degree without attending even one lesson, everyone hated me for that, especially on the last day when I just said “Hello!” and my grades were higher than theirs (laughs). So it is a funny story and I’m a bit proud of that and also a bit shame (laughs).

Could you tell more about your theatre life? 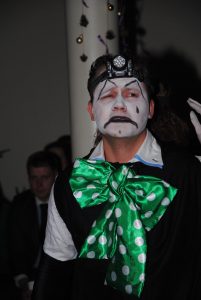 Unfortunately not that many Accenture people are coming to watch it (laughs). How I started it is mostly an accident. I just talked with my friend and we remembered old times when we went together to theatre in college. […] And he said that he soon will go to one theatre. I was probably a little bit drunk after my birthday – it was early morning talk so I said: “Yeah, I will join, why not? It should be fun”. (laughs). We loved it, but then I got bored of it. Also l left the country and I went to UK and worked there as a freelancer. Of course there were good things about it, but I was also missing a lot of things from my home country and one of it was theatre. I understood that actually I want to go back and continue with theatre.

I lived in London and just because I had nothing to do I wrote my first play. I sent it to theatre directors and he said that they are waiting for my return and I will be directing it. I said “OK…” (laughs) And after a year it happened. It was a totally new experience for me and I loved it. Altogether I made 2 plays and each of them took about 1 year to make because of preparation, practice, much work was put there… Now I can call myself a Director. It is almost over – I don’t write anymore. Those 2 plays are still on. Time to time I return to make some directing but I don’t act anymore – I enjoyed it but stopped because of reasons… To be honest, work is one of my priorities now. Previously probably it was theatre when I was bored in previous company…

Why it is hard to start your IT “business” in Latvia?

I haven’t tried it so it is hard to tell. I have no clue probably […] I had such an idea about 6-7 years ago – let’s open company to do Software Configuration Management. I went to my manager as he was a great guy and proposed him to be my partner and work together. He was very hesitant and as I understood he already tried out some of his contacts and understood that it will not work. He had global contacts so in Latvia it will be even harder. To start your company firstly you should have some savings or you need to live with your mother who will make you breakfast, dinner and everything. Also it takes a lot of courage and it is a huge change. Probably I didn’t have that courage and it was easy for me to just “Well, there’s a company. Just do your job”. At the same time I knew one girl who just started with her idea – what was the name of it… (thinking) it is very popular application now in health business. She made an iOS application for children which is recognizing faces and teaching them to speak. She has visited half of USA, presented her success story on different start-up conferences. And I remember when she came to me and asked: “I have an idea, do you know any programmers?” And I answered “Sorry I don’t have time for it now I’m working for Accenture!” (laughs) So all is possible!

Where do you see RDC DevOps in 2 years?

It is actually not so long. We just started new topic to define DevOps profiles. We had it previously and if you currently look at our advertisements you can find Puppet Engineer, Chef Engineer, Big Data Engineer. I guess after 2 years we will have a lot of such profiles, but they all will always have a common DevOps skill set like Cloud, Jenkins, Continuous Delivery, etc. They still will be DevOps people. What I would like to see but I don’t believe that it will happen – we will have DevOps teams where we will have specialized people, e.g. in Front End development who will say “I’m DevOps with Front End skills and I can easily build my own environment in AWS with scripts and tune it.” Now we are 50 people and my goal is to reach at least 100 DevOps people in 2 years. It also could be that DevOps will disappear after a year but for sure we will have something very similar with different name. And it is just the name – what matters is culture, what we do and how good we are.

What achievements you can be proud of in DevOps network?

My motto is not to look at past but only the future, so I stopped counting them (laughs). Usually I don’t think about it too much. In one year we grew from 25-30 people to 50. Which is almost 100% when our target is 20-30%. Also we can talk about projects and see how we are growing.

Helping a lot of people with their career growth and finding correct place in projects is also an achievement – I see my achievements through other people and it inspires me and makes me happy.

What is the funniest story which happened with you in Accenture?

Hmm… (big pause) Whole DevOps is funny story (laughs). When I joined Accenture they took me to fix project in Configuration Management area.

There were 2 guys working on it. Did not split days from nights, a lot of jobs, tasks and people complained that everything is bad. They understood that they need someone who will help and fix it.

So they guessed that it will be me. So I came in. We grew team to 6-7 members. Initial agreement was to make Configuration Management experts team. Which is not anymore popular now and basically only that project for that. Somehow we continued to grow till 12 people. It grew to DevOps with 15 people. And we keep growing! And we have 15-20 projects now so I stopped counting it. Now when I look back at it, it is like “hmm, this is not what we agreed on!” (laughs). But it’s been great and that’s what’s important!

What is your dream?

Marry, have kids. Usual stuff (laughs). Do I want to be Accenture Latvia Lead? I guess I would kill myself. (laughs) I guess I care too much about people. I wouldn’t be able to know everyone and talk with everyone. Basically it is already in our DevOps network (smile). Sometimes it already makes me feel bad because I don’t have time for everyone. Well, I’d like to be recognized in Accenture. I already am but I believe not enough. I do my best, I have targets for next year and it is enough for me. Short life.

As for me – I always cared about all things. I started as system administrator, then I was build engineer, I did some programming. Already as system administrator I did my first programming. For everyone it was quite odd and no one could understand what the hell I was doing. I was working with some Windows machine startup scripts and making library for them. I did some freelancing work, coding in C++ and enjoyed it! I never could understand people who said – “I’m a tester and it is not my issue”. For me it is strange attitude. I always tried to dig deeper into the problem and help. Not all were happy about it (laughs). If I see that I can be useful then I will do something about it! 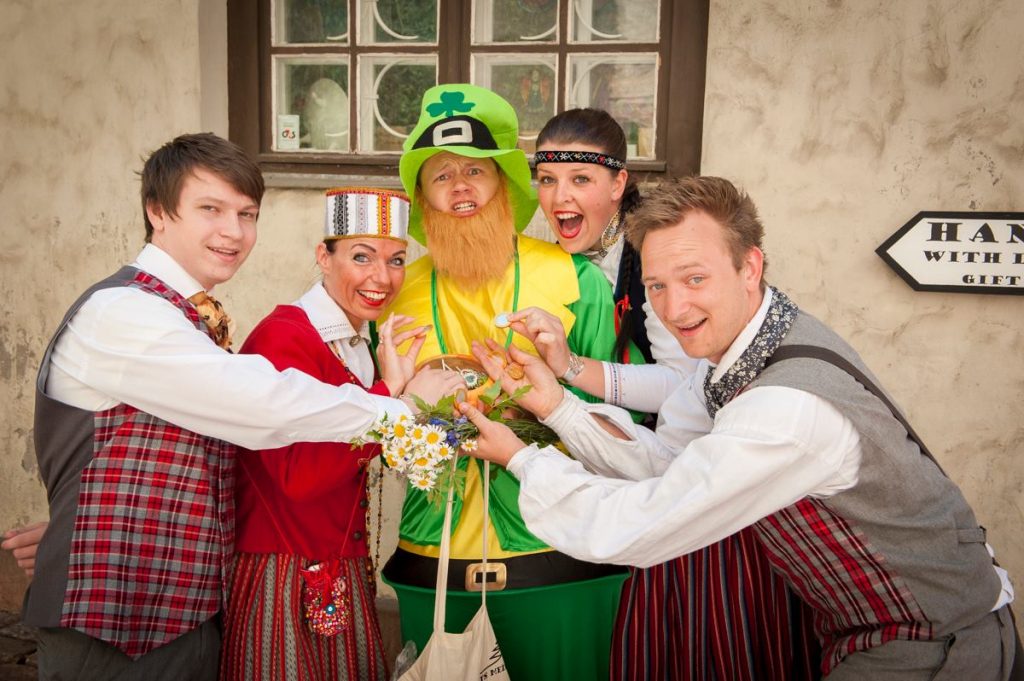 If you know someone who has contributed to DevOps culture in Latvia and should deserve to have an interview, drop a line in the comments, and we will try to arrange one.